Today on the ASG Express Blog we’re back for Part #2 of a subject we LOVE.

The history of threaded fastening.

In this installment we're focusing on the different head styles and drive types most common to the precision fastening community at large.

First let's pick things back up from where we left them in 1760 when Jesse Ramsden invented the first screw cutting lathe though. From this point in history, handheld screwdrivers first appeared around 1800. So while it is widely assumed the development of trade was the root cause of the industrial revolution from 1760-1820, we'd like to like to offer a more simple explanation:

We invented and built the tools which made the industrial revolution possible.

With those tools came the steam engine and the first railway trip of the locomotive in 1804 which opened up the entire country to use of these tools. 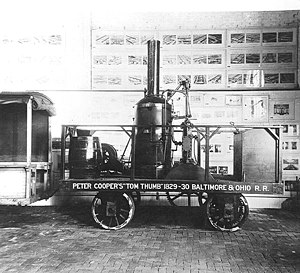 Fast-forward to 1961 and the first cordless power screwdrivers hit the market, as Martin Marietta Corporation contracted with a partner to design tools for NASA. Meaning the tools we built to make the industrial revolution possible, also made space travel possible.

With that, let's jump into the most common types of head styles and drive types on the market today!

NOTE: Many of these head styles are also known by their abbreviated terms in many circles. Flat head can be condensed down to FH, oval head to OH or OV, and so forth.

NOTE: Like the head styles, many of these drive types are also known by their abbreviated terms in many circles. A Phillips drive is aka PH while a square drive can go by SQ or SD.

Ready to make a purchase to attach your fasteners? See our full line of screwdrivers or search directly for one of our air, electric, manual and cordless options at your disposal to find the correct tool which will provide the consistent threaded fastening results you’ve become accustomed to receiving from ASG.

If you have any questions about your fastener application, or need further assistance, please contact ASG Customer Service at 888-486-6163 or asginfo@asg-jergens.com.